Hé! Each month I will upload a new blog series. Each series will have one central subject; the subject of this month is ‘All you need to know about crowdfunding’. A series consists out of several separate blogs. I presented an earlier version of this blog series during ‘The Dutch Days’ at the ISTR 2018 conference in Amsterdam. This is the second blog of the ‘All you need to know about crowdfunding’ series. In the first blog we discussed the 4 key crowdfunding concepts, to read the blog click here.

For a short video (NL) where I explain crowdfunding in 3 minutes click here.

This might be an obvious one, but let’s start with an easy one. Crowdfunding takes place online. The site where the projects are presented is called a ‘platform’. The idea is placed online on a specific site by an initiator (in more traditional philanthropy we often refer to them as collectors). Crowdfunding provides you with several tools to reach your crowd. As crowdfunding is an online funding tool, most of the communication takes place online: in terms of the communication there is a real focus on social media.

The project oriented nature is guided by the requirement of a detailed description about what the initiator aims to do with the money: why is this project important, how will a donation be used? Most projects also add a short video to describe the project; however this is not mandatory (but advised). A crowdfunding campaign also informs you about the exact funding target (minimal amount they want to assemble), the number of donors, the average donation amount donated by earlier donors, the percentage assembled (depending on the rules of the platform a project has to assemble at least 80% of the target amount to be considered successful or the full 100% of the target amount). 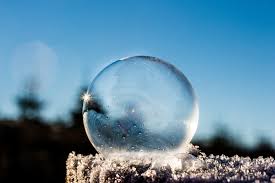 This detailed description and project oriented nature provide a certain transparency which in turn provides us with more information than for instance asking for a donation to a specific charitable organization. I would say that the focus of crowdfunding to provide donors with this much information is a relatively new feature in fundraising world. Another way in which crowdfunding is transparent is through the provision of updates. Since this is such a key characteristic, I will describe this in a separate paragraph (updates).

Next week: we will discuss the next three key characteristics of crowdfunding. The last three will be presented in the following week.

To sum it up, crowdfunding can not be called a new funding tool. However, it has several aspects that make it a unique tool, but is it an attractive tool? A unique feature is the presentation, the goal is presented as a project instead of a general cause. Second, the information flow is more elaborate and takes place before during and after a donor made a donation. Finally, crowdfunding is an online funding tool. More next week, stay tuned.

Bio: Prof. Dr. René H.F.P. Bekkers is the Director of the Center for Philanthropic Studies at the Vrije Universiteit (VU) Amsterdam, the Netherlands. His research on prosocial behavior takes a multidisciplinary perspective on philanthropy, volunteering, blood donation and

Bio: Prof. Dr. Bianca Beersma is a professor in the department of Organization Science at the Vrije Universiteit (VU) Amsterdam, The Netherlands. She received her Ph.D. in organizational psychology from the University of Amsterdam. Her current research interests include prosocial behavior in organizations, team processes and performance, negotiation, conflict management, and organizational gossip.